Based on an article that appeared in The Edge Financial Daily on 11 August 2011, the Terengganu-based construction outfit Ahmad Zaki Resources Bhd (AZRB) has reached financial close with Bank Pembangunan Malaysia Bhd for the RM1.5 billion KL Outer Ring Road (KLORR) project. Financial close is the last hurdle before funds can be drawn down to commence work on a project.


This could indicate that AZRB is finalising details of the concession agreement with the government and that work on the project could commence soon.


According to the article, AZRB was given the letter of intent to undertake the project back in 2008, building the 40km stretch from Sungai Long to University Islam Antarabangsa in Gombak, linking up with the South Klang Valley Expressway and Kuala Lumpur-Kuala Selangor Expressway, among others.

The article further stated that the KLORR job could be a boost for AZRB. As at end-March this year, AZRB had an order book of RM1.06 billion. Some of the more prominent jobs were the design and building of Complex Kerja Raya 2 in Jalan Sultan Salahuddin, Kuala Lumpur, for RM266 million, packages 2, 6, 5A and 9C of the East Coast Highway amounting to some RM207 million and Universiti Darul Imam package 3 building works valued at RM192 million.

To date, the public has no clear picture of where the exactly KLORR highway will be built, aside from the simple line drawn on the map of the Draft Local Plan Ampang Jaya 2020.  Based on articles that have appeared in the newspapers since the Draft Plans were released, this alignment may be changed, but no information on other proposed alignments have been offered to the public.
Over 1,000 residents sent in their written objections to the alignment of the KLORR back in 2009, through the public feedback sought under the Draft Local Plan Ampang Jaya 2020.   Communities are very concerned about the impacts the KLORR highway will have on the forests of Taman Negeri Selangor,  the water supply to Selangor and KL, and the neighborhoods that will be affected.
Looking at other highways, the KLORR will most likely require a wide swath of forest to be cleared for its construction.
Kajang to Seremban Highway: 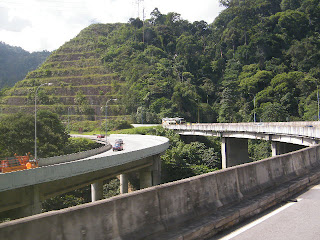 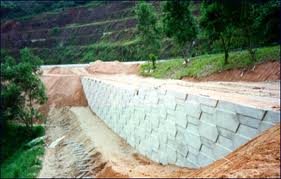 There has to be a better solution to the traffic problem, than putting a highway through critical water catchment areas!
Posted by Selangor State Park at 12:54 AM